Want to know what our kids are capable of achieving in just over a week? Here are some photos to show you some parts of our world! 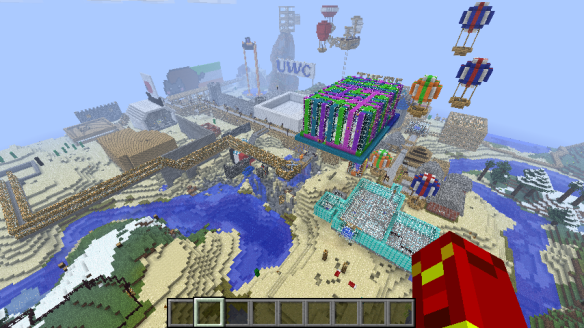 Aerial shot of our world 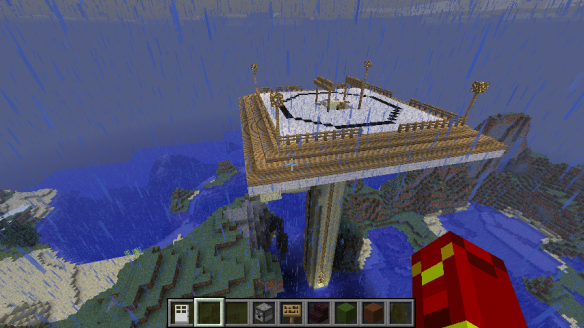 I believe this is a Spleef Arena (though I may need to clarify!) 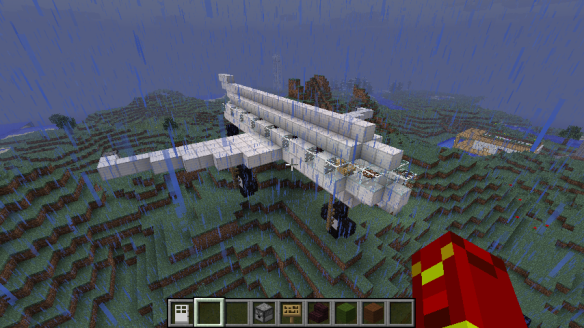 Rain on the Plane

A Flotilla of Boats

Our Minecraft ECA met on Monday, and it was great to check in with what happened over the week. Top on my agenda was to get a list of all the students together with their usernames – I found it hard to remember who was who!

We refined some of our guidelines based on student feedback, including:
– If you’ve built something, put a sign with your name on it, so we know who made it.
– Ask if you’re not sure about how/where to build something – someone will help.

A group of students worked on developing a training area, so newbies like me would have a place to learn without accidentally smashing things (yeah, sorry about that Rogan). I look forward to learning the ropes soon!

One of the younger students asked if it was ok to copy something that someone had built. The general consensus among players was that it was fine. Then Liam added, “As long as you acknowledge it,” and Mohit said, “You’ve got to modify it a little bit though – remix is ok.” I then gave an example of the hot air balloons (in the first photo). Rogan made the first one (with the colours of the Union Jack on it), and Kenneth made his own one, changing the colours to those of the Irish Flag.

I’m not sure if they realised it, but they now have firsthand experience with Creative Commons – they know what it feels like to be a creator and have your work used. Tacit permission has been given to the group to adapt and remix, as long as attribution occurs.

I check in to the server every night to see what’s being built, who is on, how the conversation is going etc. The students have been super impressive. I’m really proud of their efforts.

So where to next? I plan to contact Redstone Host to see if we can get a second server, which we will run in Survival mode. The G7 Moderators are already planning to go in early to prepare a training area for Survival, as it’s quite a different style of game play.